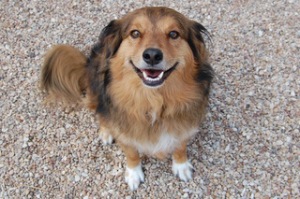 “You ready for some fartlek”?

“I want to run faster. What can do I do run faster?” I pestered a friend some years ago. This was just after I began running long distances. I thought the guy would be a good authority to seek advice from, given he subscribed to running magazines and was always crapping on about various techniques.

“You should do fartlek“.

“Why do I even bother asking you anything! You know, I ask you for advice on how to run faster and all I get is ‘run fast, run slow’. Even worse, you call it … what did you call it again? Fartlek! What is that? Shit, that sounds like something you do when you inhale vindaloo the night before a run and then have to exhale it out the other end during the run“!

Of course, I have since been enlightened to this fartlek thingie, not in the way intended by the running purists, but in a way that befits this clueless 39 year-old running pretender.

To begin with, I practice fartlek during a run whenever there’s a beautful female runner striding in the distance. There’s nothing that encourages acceleration more than to have an attractive moving target in front of you – one with exquisitely toned legs and impeccably maintained hair. Unfortunately, it usually ends up with me slowing down considerably after a couple of hundred metres, panting and on the verge of heart-failure, while the target nonchalantly pulls further away.

I also perform farlek whenever I see a dog that is off the leash. It’s not that I’m scare of dogs. Of course not! I’m a middle-aged grown-up for Pete’s sake! Still, whenever a dog sees me running, it invariably goes after me helter-skelter. I’m not sure what it is but perhaps, in canine eyes, I come across as an attractive moving target with exquisitely toned legs and not so impeccably maintained hair. Whatever it is, I find there is no better time to do some lashings of the old ultra-fartlek when a dog is closing in on my ass.

I may have mentioned this before but, for some reason, my bladder oftens calls when I’m out on long, one hour-plus runs. I’ve gotten better at ignoring it over the years. Still, there are times when no amount of “I don’t need to go, I don’t need to go” mental chanting helps. That is when farlek comes in handy – an invaluable running technique when one desperately needs to get to a urinal.

Perhaps the most critical usage of fartlek comes when I lose track of time during a run, and forget that my dear wife is waiting for me to relieve her of the kids. The thing is, despite my repeated assurance that her beauty is innate, the woman regularly schedules these frivolous facials/pedicures/massages on Saturday afternoons – times that I have specifically calendarised in her Blackberry but she chooses to selectively ignore. Consequently, on days when I’m running late to do the tag-team, “fartlek” becomes a tool to avoid being “farking late” and risk having to perform the massage on her myself.

Last week, someone who had just entered a 14km race to be run in August asked me what he can do to improve his speed.

I looked at him. He looked at me. I debated whether to subject him to my modus operandi with respect to fartlek.

11 thoughts on “Excuse my fartlek”