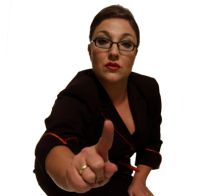 year-old son’s room, carefully carrying my sleeping first-born in an upright position to the bathroom, with his head resting on my shoulder. Once there, I pull down his pyjama pants and sit him on the toilet so that he can do his night-time relief – something he rarely fails to do even though he is usually still in dreamland. I then carry Prince #1 back to his room, tuck him into bed snuggly, and repeat the whole exercise with Prince #2, my precious four year-old second son.

“You know, you shouldn’t do that! You should allow your children to learn to visit the toilet at night by themselves“.

Whenever I am having a meal with my two boys, I also can’t resist the temptation to feed them, especially the younger one who is usually too busy arguing/singing/making funny faces at his brother to eat by himself.

“You know, you shouldn’t do that! You should allow your children to learn to feed themselves”.

On Saturday mornings, I wake up early to tend to the boys while my wife has a much-cherished sleep-in. Incidentally, I tell you, the woman can sleep, often until 10.30 am. She then has the cheeky temerity to say at 11am that she’s really tired and may need an afternoon nap at 12.01pm!

On these Saturday mornings, even though my two boys already know how to change themselves out of their pyjamas and into proper attire, I can’t help but dress them myself. Granted, I get confused with their clothes, with the elder one often ending up with a pair of pants that barely covers his knees and the younger one donning a shirt that covers his.

“You know, you shouldn’t do that! You should allow your children to learn to dress themselves”.

On some days, I also have the pleasure of taking my boys to school. The younger one loves the daycare centre that he attends. But that never stops him from putting on a long face whenever I am about to say goodbye. Consequently, I often turn back several times, give him reassuring hugs and make sure that his pouting bottom-lip is not the last image of him I leave with. While the elder one also enjoys going to school, he can be a little shy in the playground before the bell rings for the start of the day. Therefore, I always hang around until the class starts, even when he sometimes veers off with new found friends, jibbering away about the latest Chima lego sets.

“You know, you shouldn’t do that! You should kiss your children goodbye, leave and allow them to learn to be independent”.

I should also confess that I’m pretty liberal when it comes giving my boys junk food, whether it’s an extra Oreo, one too many jelly-snake or a big tub of frozen yogurt with Oreo, jelly-snakes and a whole host of other rubbish sprinkled on top. Worse still, I love buying them toys and stuff. If one of the boys even mentions an iPad app in passing, I’m promptly in the Apple App Store, searching for that game and hoping there is a free version.

“You know, you shouldn’t do that! You should allow your children to work for things and be rewarded for their efforts, instead of gifting them will-nilly”.

I know, I know. To all the parenting gurus whose books occupy a disproportionately large percentage of shelf space in bookshops, I will be the first one to admit my failings as a dad. And I mean that sincerely.

On the other hand, there is a small part of me that is afraid of seeing my two boys grow up too quickly. And to compensate for that fear, I allow myself the luxury, indeed the privilege, to spoil them a little, before the inevitable time comes when they will be too cool for their daddy.

Is that wrong? I don’t have the faintest idea!

But I sure am having great fun doing it. And judging by their good-natured personalities (albeit of the mischievous kind), my sub-par parenting skills have clearly not yet caused any great damage.

In any case, perhaps breaking a few of the good-parenting rules is just my way of ensuring that I don’t have any regrets later in life … regrets of not spoiling my boys more when they were adorable little princes.