My elder son, L, is very conscientious – an attribute that belies his tender 7-year age. 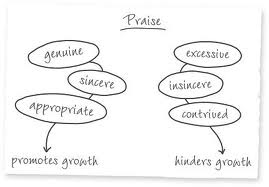 Umm, is this going to be in the test?

He is the kind of boy who always does his absolute best in any pursuit, not just for the benefit of his own competitive streak, but also to please those in authority. L revels in the accolades that frequently come his way, be it from his school teachers, swimming instructor, Tae Kwon Do master or from his own parents and extended family.

While all this is great, the flipside to this attitude can be quite tumultuous. L’s mood can turn sour very quickly at the first hint of any criticism or perceived shortfall.

Just last week, his school held the annual presentation ceremony for Year 1 students. From the report card that was sent home beforehand, we knew L is one of the best students in his class – a fact that the boy himself is abundantly aware given the positive feedback he has been getting from the teacher all year.

Unfortunately, when the certificates of achievement were handed out during the ceremony, he missed out on the top two awards. L knew he missed out because his certificate did not have a $20 book voucher attached to it – a bonus that is only given out to the two best academic students as judged by the class teacher.

It broke my heart to see the disappointment on L’s face, the way he was holding back his emotions with slightly trembling lips. There he was standing on stage, holding up his certificate with five others from the class, posing for photographs. But I could tell, deep inside, he was absolutely shattered not to have been recognised as one of the top two students.

It is in situations such as this that I find parenting extremely challenging.

On the one hand, you want to comfort him. You want to show how proud you are of his achievement, irrespective of rank. Despite the inevitability of setbacks, you want to encourage him to continue to dream big, to swing for the fences and to never settle for mediocrity. You want to do so at least until he hits mature age and figures out on his own that not all dreams come true, that some fences are too far away to clear and that Mediocrity’s twin brother is called Comfort Zone.

On the other hand, you also want him to learn to deal with disappointments in life and to roll with the punches, instead of taking everything excessively to heart. You want him to know that it’s OK for others to be better than him, and that no matter how hard he tries, there is no guarantee in life that he will always get everything that he desires.

Sure, I could have said to L that I think he IS the best student in the class and that I will instead get him a $20 book voucher myself. But what kind of precedent would that set? Irrespective of his age, L DOES live in a real world, beyond the confines of his home. And he needs to appreciate that his parents cannot always ‘right’ the perceived ‘wrongs’, even though in his parents’ eyes, he could do no wrong.

I certainly don’t want to be the kind of parent who always tries to sugar-coat everything and hoodwink L into thinking that whatever he does is the best thing since sliced bread. I tend to think that this is the very reason why you see so many arrogant and self-indulgent young people strutting around thinking they know everything when, in fact, they know fuck all diddly squat about anything.

Exhibit #1: Ever see those crappy young singers trying out for American Idol contests, and then go absolutely ape-shit because someone other than their parents told them what they really thought of their singing?

The good thing about kids, however, is that they DO tend to get over disappointments pretty quickly. In L’s case, the recovery was aided by the fact that he passed his Tae Kwon Do grading test with flying colours and moved up to the much-coveted green belt. He also took immense pride in the fact that he moved up to the next level in his swimming class.

Exhibit 2: L sparred beautifully against two bigger kids during Tae Kwon Do grading, aced his yellow belt pattern like a mini-Miyagi and broke the wooden board with a karate chop like he was chopping a twig. As for swimming, his ascension to the next stage was inevitable given the way he is already able to glide across the pool with his immaculate technique. In both instances, my wife and I indeed went ape-shit showering praise on him, not because he is our son and that’s what we should do, but because L practised extremely hard and he was seriously freaking good!

At the end of the day, I’m still learning how all this parenting thing works. I was never asked to pass an aptitude test to become a parent, and this  gig certainly didn’t come with an instruction manual – something I would not have read in any case because … well … because I’m a man!

And even if there was a test to become a parent, would that have made any difference? Probably not, because I would have missed out on one of the top-two highest marks and sulked through the best part of my early parenting years!

15 thoughts on “Doting vs coping”