I have a very dear friend named Tony, someone I have been close to since the days of high school when we used to engage in purile adolescent antics and debate (or trash-talk) topics ranging from football codes to female kinds. 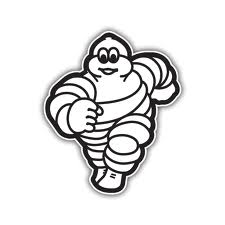 See that smile on his face? That, in essence, is what running is all about!

Tony now lives and works in Hong Kong. However, he and his young family come back to Australia around this time every year, visiting family and friends while revelling in the beautiful summer climate of Sydney. He has been making this annual pilgramage for the past ten or so years, and every year I unconsciously hold my breath just before I’m about to meet him.

You see, Tony has one of those bodies that gains and loses weight so easily that I never know what to expect when we are about to reunite. One year, he could be just a normal-looking guy with a slight belly that could easily be excused, given his hectic executive lifestyle. Then the next year, he would turn up looking almost as big as the little 4-cylinder vehicle he usually rents. And that was indeed the last image that Tony left me of himself back in January 2012 – a round mound of jolly pounds who would not look out of place in a Michelin Man Tyre advertisement.

About a week ago, Tony came over to my house to pick me up so that we can go out for our annual catch-up over brunch. When I opened the door and saw him in his full splendor, I honestly couldn’t recognise him. He had lost so much weight that his head somehow looked almost too big for his body. It is as if Tony went into Bodies-R-Us, picked up a slender human body on which he simply plonked his head!

Over brunch, as he was gibbering away about his work and life in Hong Kong, I couldn’t stop gawking at his body transformation, while stuffing my face with fried onion rings and potato wedges. I mean, we’re talking about a guy who used to boast that he found a meal between breakfast and brunch, a guy who got kicked out of Sizzlers once, when he ate through the lunch trading hours and wanted to stay in the restaurant, without paying, until it reopened for dinner (“I thought this is All-You-Can-Eat?“).

“What happened Big Tone? How did you do it, man? What do you weigh now“?

“75kg. Can you believe it? When I last saw you, I weighed 97kg. One month after that, I was few grams shy of triple-digit – heaviest ever and felt every ounce of it everyday. That’s when I decided to do something about it, man“, Tony confessed over his skim latte.

And guess what it is that he did, and still does to this day, 10 months later? Tony puts on his pair of tatty joggers and runs, everyday, come rain, shine or hail.

To a guy who spends his free time blogging about running, extolling its virtues and so passionate about it that he named himself the Jogging Dad – well, it was just pure music to my ears!

“But, come on Big Tone, you’ve done this before and that has never stopped your weight from going yo-yo“, I retorted.

“True, but I have never weighed 75 before and it has kept at this level for 5 months now. And you know what? Unlike before, now I just run. I don’t fuss about time, distance, Garmin, Brooks, gym tread mills and all that shit. I just run because I just really like it now“.

“And the best thing about it is, because I like running, I run everyday, no problem. I look forward to it. And thanks to that, I can still pursue my second favourite hobby in life – eating. Hell, do you know what it feels like to eat gay-abandon and guilt-free, especially for a chubster like me“?

It was only at that moment I realised that, apart from the skim latte, Tony was having exactly the same fried onion rings and potato wedges that I was having, but with an extra side plate of bacon & eggs.

A close friend from teenage years, in constant battle with his weight since high school, discovers his passion for running some 20 years later, and is now cherishing the incidental health benefits of that simple passion.

I could not have wished for a more inspirationally fitting story for the Jogging Dad Blog to kick off the New Year.

8 thoughts on “From Michelin Man to Running Man”