“THOMAS! Stop splashing others in the face or we’re going straight home!” thundered a forty-something man at his son whose age was probably about a tenth of his father’s. 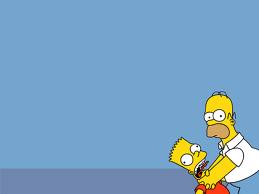 Instead of taking heed of the threat, however, the kid immediately proceeded to intensify his splashing on all the other children around him in the swimming pool. Not only that, but he started snatching their floating paraphernalia (foam noodles, kicking boards) and chucking them all over the place.

“RIGHT, THOMAS, YOU COME OUT HERE RIGHT NOW, AND ALSO SAY SORRY TO ALL YOUR FRIENDS!” screamed his father from poolside.

I’m not sure whether any of the other children were his friends but none of them appeared thrilled that this Thomas boy blatantly ignored his father and refused to get out of the pool. Certainly, my younger son, C, was no friend of Thomas, having had his little goggles repeatedly fogged up by unwanted splashing in his direction.

And with that, the father fished Thomas out of the water and walked him across to the farside lane where 4-5 year olds were just about to commence their “tadpole” swimming class – the same class that I was also taking my son C to.

It was a Sunday morning and there I was dutifully supervising my two boys as they learn how to blow bubbles in the pool and refrain from peeing in it. My elder son, L, is improving leaps and bounds, requiring very little attention from me. My younger son, C, on the other hand, still has this idea that one can swim without getting his face wet or his legs mobile – bit like my wife except I’m paying $20 a lesson for C’s attitude!

Still, C loves it and so do I, not only because it’s good fun watching him every Sunday morning in the pool, but also because I get to experience the spectacle involving Thomas and his father.

You see, this Thomas is an extremely active boy and his mischievous antics are quite hilarious. But what’s even more entertaining is his father’s constant yelling and threatening from poolside, trying his darnest to control the kid’s behaviour. I know it’s cold-hearted of me to say this, especially since my son C is no angel himself.

The difference, however, is that I used to be like Thomas’ dad, stressing over every deed of my two little boys’ misconduct. But I have gradually learnt over time to relax around them, let kids be kids and indeed laugh at their antics, as long as they don’t step beyond the strict boundaries that my wife and I have set.

Thomas’ dad, on the other hand, still appears to be in a helicopter-parenting mode, scolding his son every time he does something naughty.

For instance, I saw Thomas gulp a whole mouth full of water, tilt his head up at the sky and then spraying it up so that the water comes back down all over his own face.  Sure some of it accidentally got onto the kids around him but no one was complaining. But that didn’t stop Thomas’ dad yelling at him, telling him to stop doing it and start paying attention to the teacher.

So what did the little boy do straight after that? He gulped another mouth full of water and sprayed it at his swimming teacher, right on her face!

“THOMAS, WHAT DID I SAY? YOU SAY SORRY TO THE TEACHER OR I’M REALLY GOING TO TAKE YOU HOME THIS TIME!” boomed his father.

Rising to the challenge, Thomas started to spray some more water, this time not only at the teacher but also at one of the little girls in the class, who was just about to take off her goggles after a dog-paddle.

“THOMAS! THAT’S IT, YOU ARE IN BIG TROUBLE!” bellowed his father, this time with red veins visibly bulging on his neck. He tried to lift Thomas out of the water, and as he was doing so, the boy performed a final act, the piece de resistance. He sprayed his father right in the eye with a perfect projectile of aqua-chlorino!

I won’t tell you what happened after that, except to say there was a lot of “THOMAS!” and a lot of crying.

No, I’m not revelling in some guy’s misery in telling this story. I’m only doing so to tell you what I observe and get in return for $20 a swimming lesson on Sunday mornings. More importantly, I tell the story just to illustrate what some fathers go through trying to tame their mischievous little children. I went through it myself (and still do), and all I feel for Thomas’ dad is, not some schadenfreude, but deep sympathy.

After all, why do you think I started running back in 2006?

5 thoughts on “Thomas the spray engine”