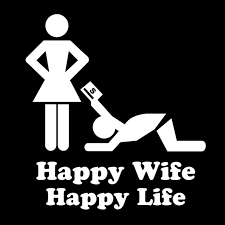 My daily ritual during the renovation

There are two things a man should avoid doing in life: (1) argue with the wife and (2) renovate the house.

While I have contravened the first rule plenty times since we have been married, no permanent damage has been sustained to-date. Unfortunately, over the past six months, I have also broken the second rule – a grave error that has not only led to even more contravention of the first rule, but has inflicted grievous harm on our financial health.

In truth, I should be grateful. After all, my wife handled all the hard work relating to the renovation, including designing, getting the builders in, co-ordinating the million things that need to come together, and even negotiating with God for accommodative weather. However, that doesn’t mean I can’t engage in a little “bitch and moan” session about the whole experience.

First, there was the issue of money disbursement. I had no idea these rough-around-the-edge builders were such efficient managers of working capital. Almost every week, there was an invoice to pay for this, for that, and for some other. Want us to knock down this wall? Pay us first! Want us to paint this thing? Pay us first! Want us to fix this bit that WE fucked up in the first place? Pay us first! It got to a stage where I would come home, bend over the barrel and tell my wife to use my ass as an atm to take out whatever the builder wanted.

In a way though, I had been bracing myself for these big-ticket building-related expenses, so being bent over the barrel on these wasn’t a surprise – just painful.

What really snuck up on me were those “soft” things that needed to be paid for, after the heavy construction was done. The things that my wife called the “wow” factors that round out the renovation with finesse and sophistication.

So, instead of keeping a perfectly good bathtub, she bought a new one which looks roughly the same, but was very rough on the wallet.

She bought a custom-built leather sofa that CAME with scratch marks, but which she called the “worn-in” look. A “worn-in” look? I’ve got “worn-in’ look, especially with this renovation!! Yet ‘I’m not getting the adoring look from her that she gives to the sofa!!!

My wife also bought a big-ass 6-oven top cooking stove unit. That’s 1, 2, 3, 4, 5 and 6 places to cook! On top of massive oven unit which can fit a tribe of turkeys!! And that’s for a wife who barely cooks and a husband who hates washing up, even with a dishwasher which, by the way, has also been replaced with a brand new one!!! My wife’s retort to all this? Because they look nice and shiny, and round out the renovation with finesse and sophistication.

The same theme repeated for all other furnishings and fixtures. Even hand towels! My wife told the builder to install hand-towel holders in our renovated bathrooms. Hand-towel holders which cost a bomb, presumably because they are nice and shiny. Then she went out and bought these new colour-co-ordinated hand-towels to hang on these hand-towel holders.

“How much you spend on these hand-towels, honey?”, I asked.

“They were on sale”, she replied, which is another way of saying she paid a sum of money that was simply unjustifiable and that it’s better I didn’t know.

“But we have towels of all sizes strewn all over the laundry cupboard, woman! What’s so special about these ones, anyways? Do they help you wipe your ass and dry your hands at the same time or somethin’ ?”

“NO, But they round out the renovation with finesse and sophistication”.

Being a narrow-minded and petty person that I am, I decided to participate in this game too. I bought a 55-inch, top-of-the-range 4K UHD (I don’t know what all that stands for) TV with the works (whatever that means, I just nodded when the salesman said all this). I suffered a degree of buyer’s remorse with the purchase afterwards. That remorse turned to full-blown panic when I checked the credit card statement that month and realised, to my horror, that the cost of my new TV was almost a rounding error amidst a sea of “wow factor” things that my wife bought for the renovated house!

When we were first deliberating on whether to go ahead with the renovation all those months ago, I recalled a scene in Plane, Trains and Automobiles when John Candy said: “Happy wife, happy life”. Using this as inspiration, I remember telling my wife: “Honey, let’s do this renovation if it will make you happy. In any case, what’s money? It’s just something you need, in case you don’t die tomorrow, right?”

Well, it seems like she took that second part literally and went full tilt with the renovation and the whole finesse and sophistication gibberish. On the other hand, the remodelling and all the furnishings look absolutely wonderful and we can’t wait to move back in to our new abode this weekend.

Goes to show, it pays for a man not to argue with the wife.